AS THE DREAM BEGINS, WE ARE INSIDE

Here we are. Right in the aura reflected by these images. Beauty is not stillness. It comes from tension—indeed, from conflict. It is constantly in the making. Images and imagination run fast, and forward. We stand here, staring at the lights in the street. We follow the auratic silhouettes that we saw striding majestically along Hollywood Boulevard: a procession of figures from that modern myth that is cinema, revived by the always present tense of fashion. 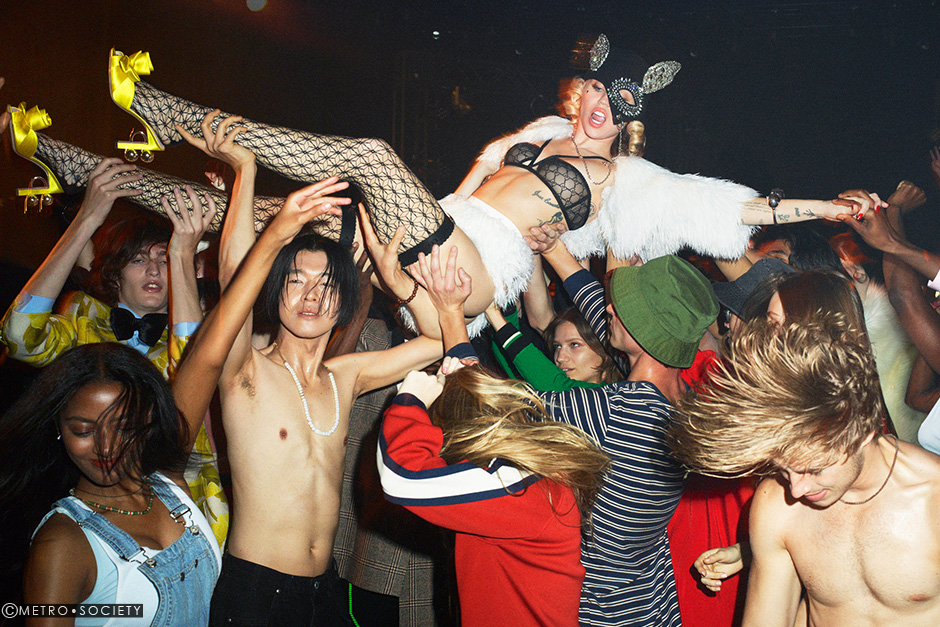 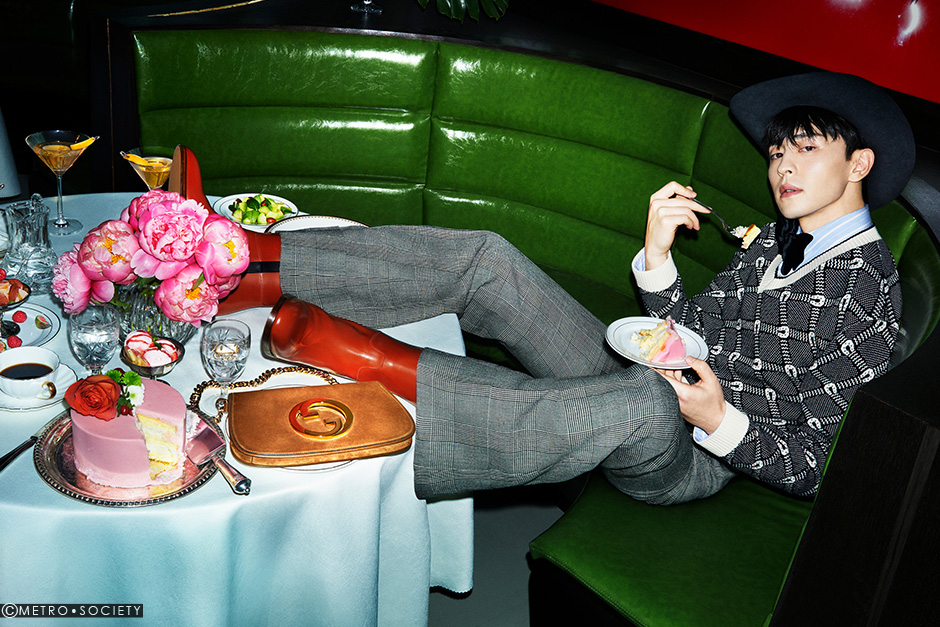 A sequence of our obsessions and desires transformed into a tale of characters who steal life to become fashion, thanks to a performative space that blurs the boundaries between body and clothing. A visual novel in double time: looking and being looked at. In the meanwhile, other stars (divinities), boisterous and wild, take center stage in the street. 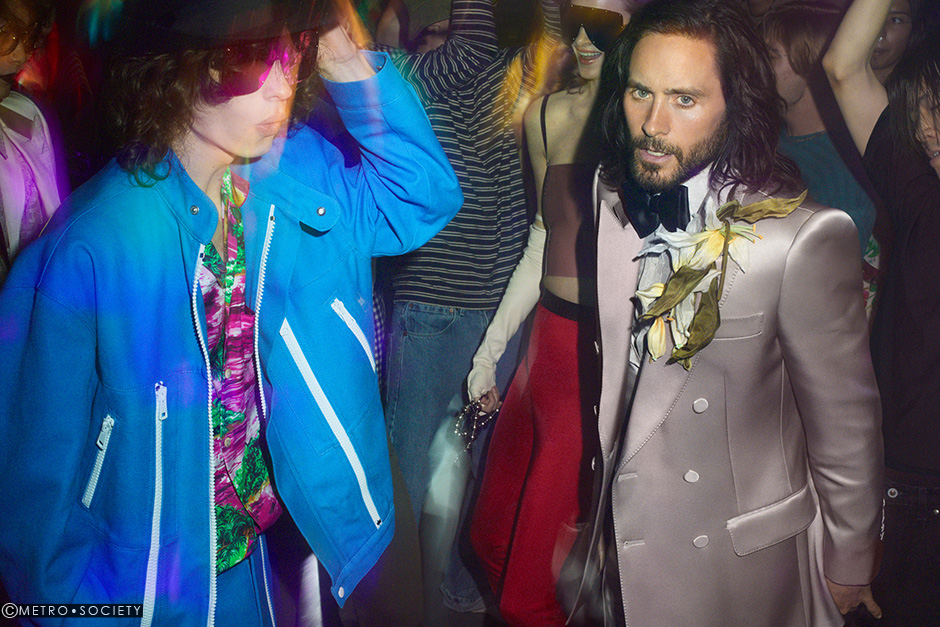 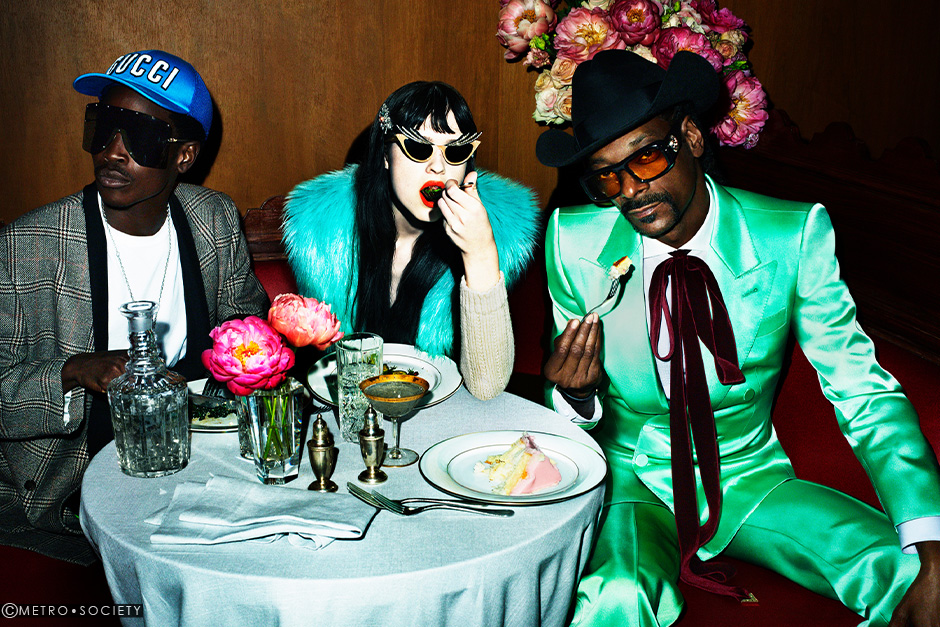 “I thought about how my mother raised me as a devout worshipper of beauty. “About the gift of dreaming, which I cannot go without. About the aura of cinema, which generates mythologies”. This is why I chose Hollywood Boulevard”, writes Alessandro Michele to explain this journey to the origins of his life story. Together with the origins of the mythology of Gucci. 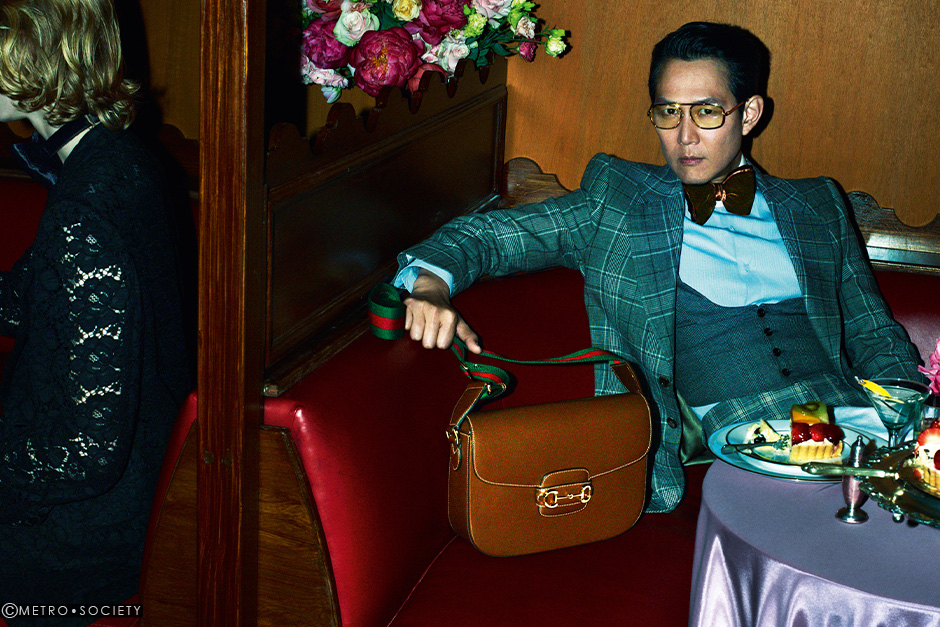 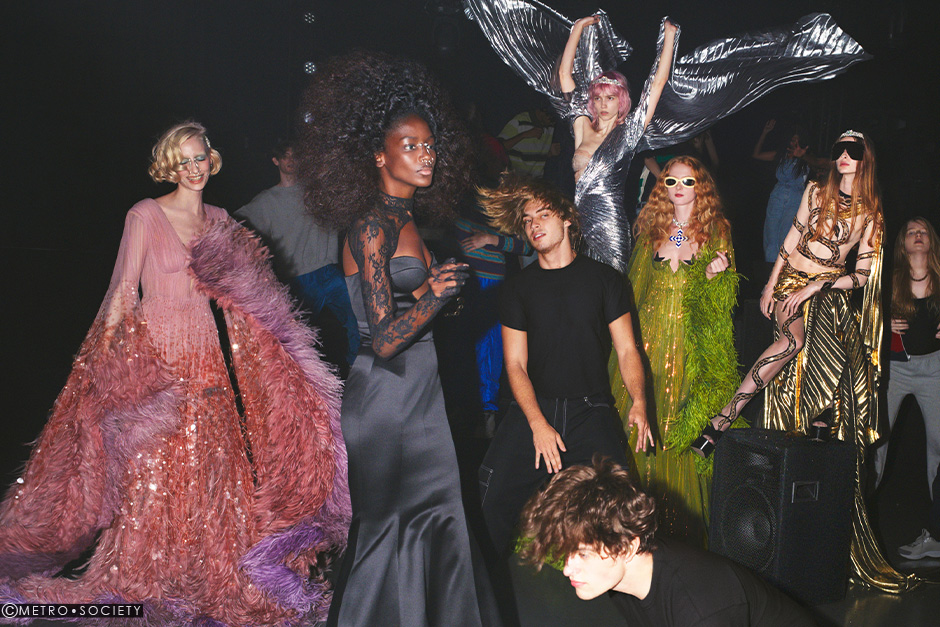 We continue to follow them. They’re on their way to celebrate the ritual of the banquet. A feast that sees human beings and divinities sitting side-by-side at lavish tables. The protagonists of our dreams as they might appear in our fantasies: Beanie Feldstein, Deng Lun, Jared Leto, Jungjae Lee, Liu Wen, Miley Cyrus and Snoop Dogg give themselves to a liberating symposium that slides into the Dionysiac ritual of dancing. 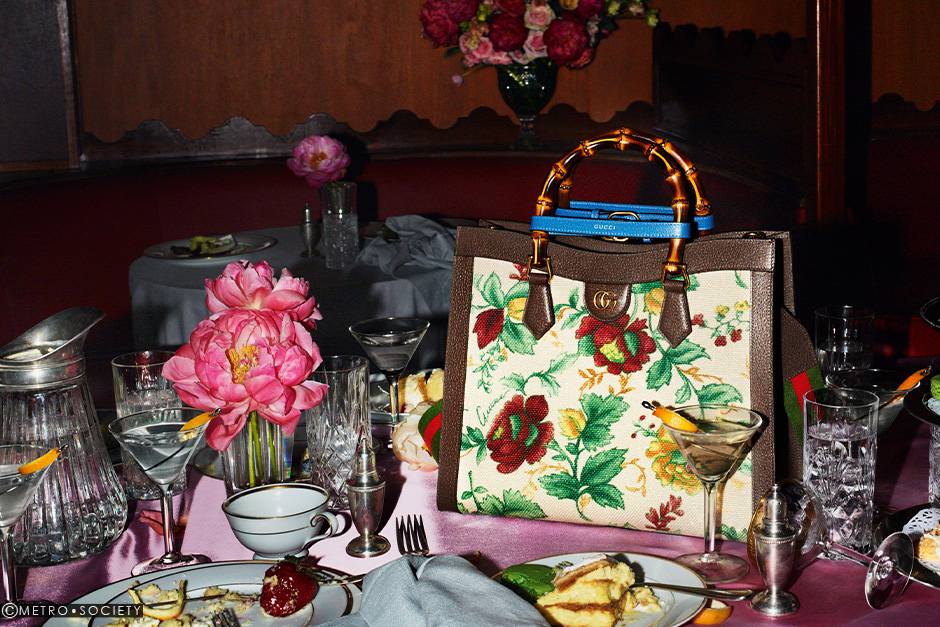 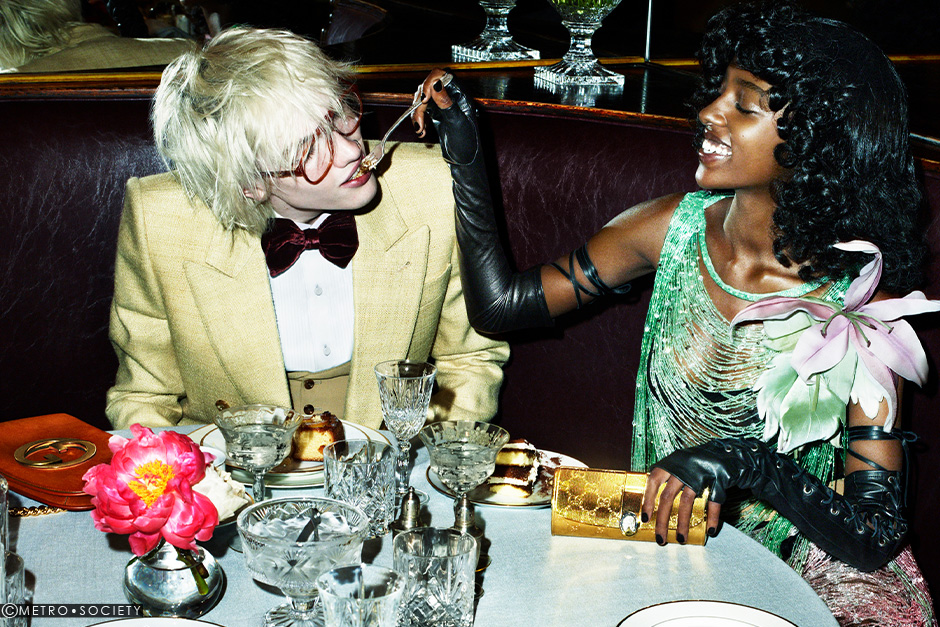 The gaze focuses on the sudden, swift changes of texture caressing different surfaces. Where does the fabric of the clothes begin and where does the texture of the skin begin? Clothes, bodies, spaces, all obsessively concentrated in the sequence of freeze-frames and movements that Alessandro Michele arranges with the complicity of photographers Mert&Marcus, following a script that aims to keep the eros that resonates in the stares. While the authors create the atmosphere, the clothes direct the gestures. Their secret is being aware of the threshold – queer or phantasmic – of the hands that brings bodies to words and words to bodies. Clothes restore desire; articulate it; providing a map. Sudden movements and contractions are more seductive than subdued smoothness. 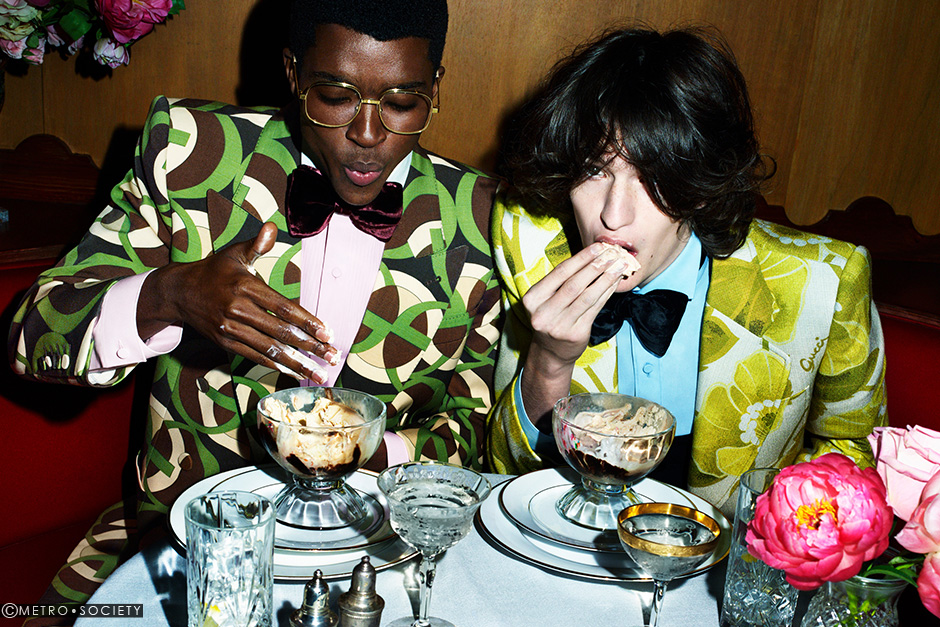 A laboratory. A rave. An arena studded with epiphanies. 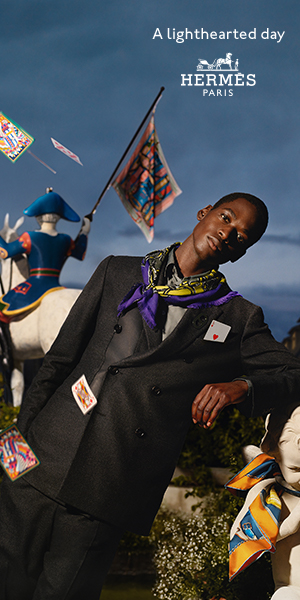 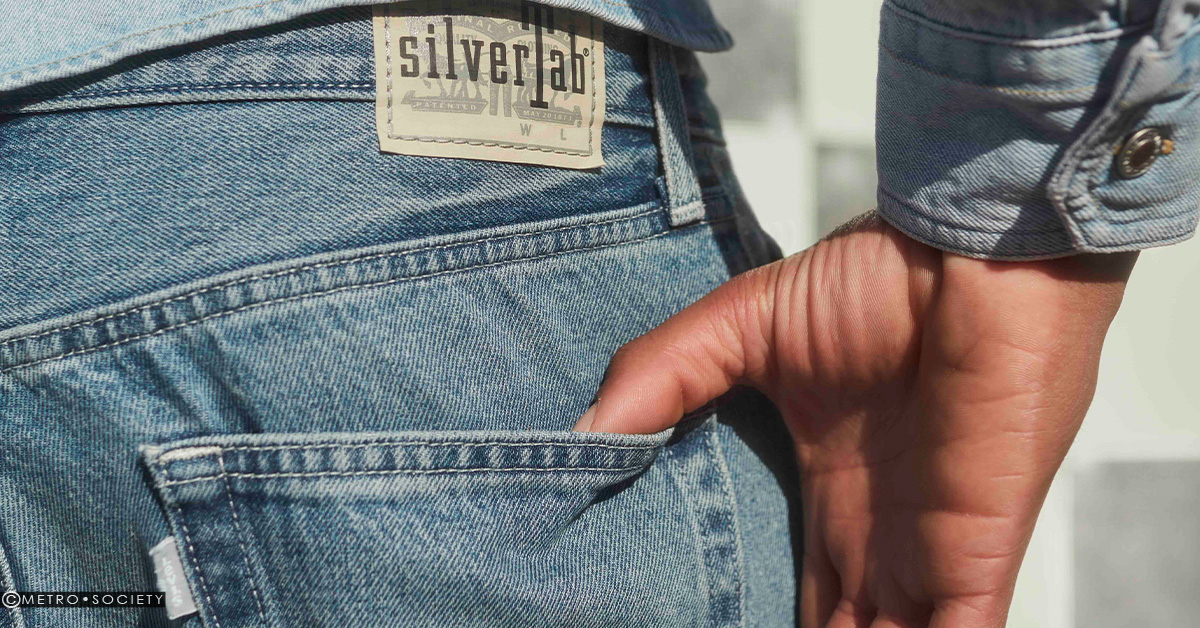 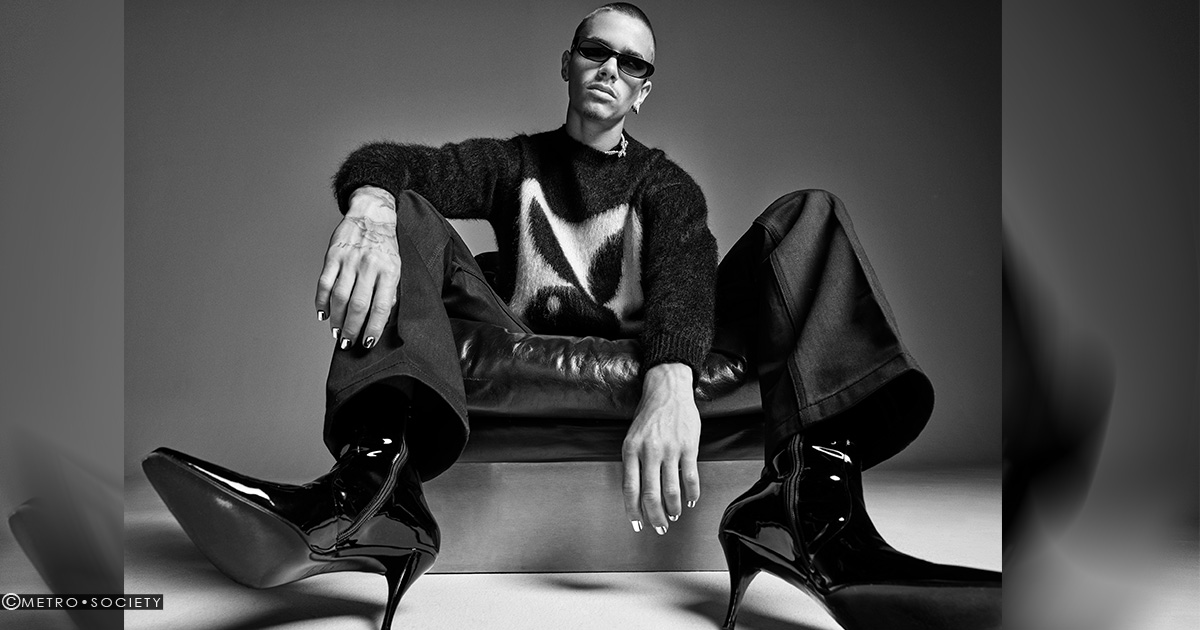 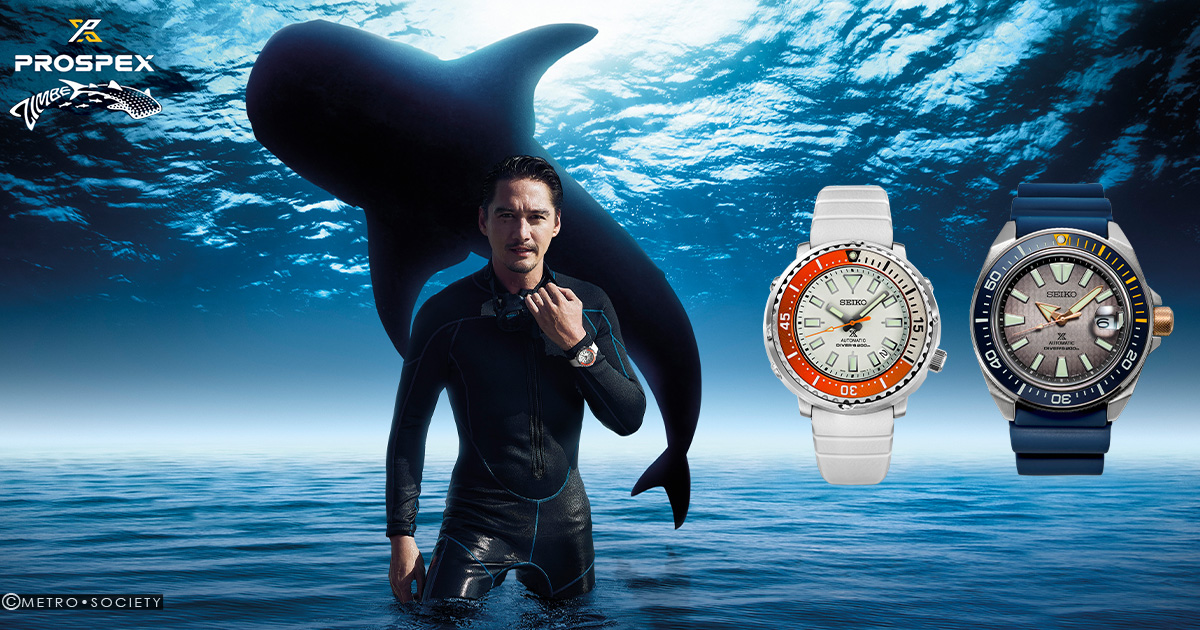 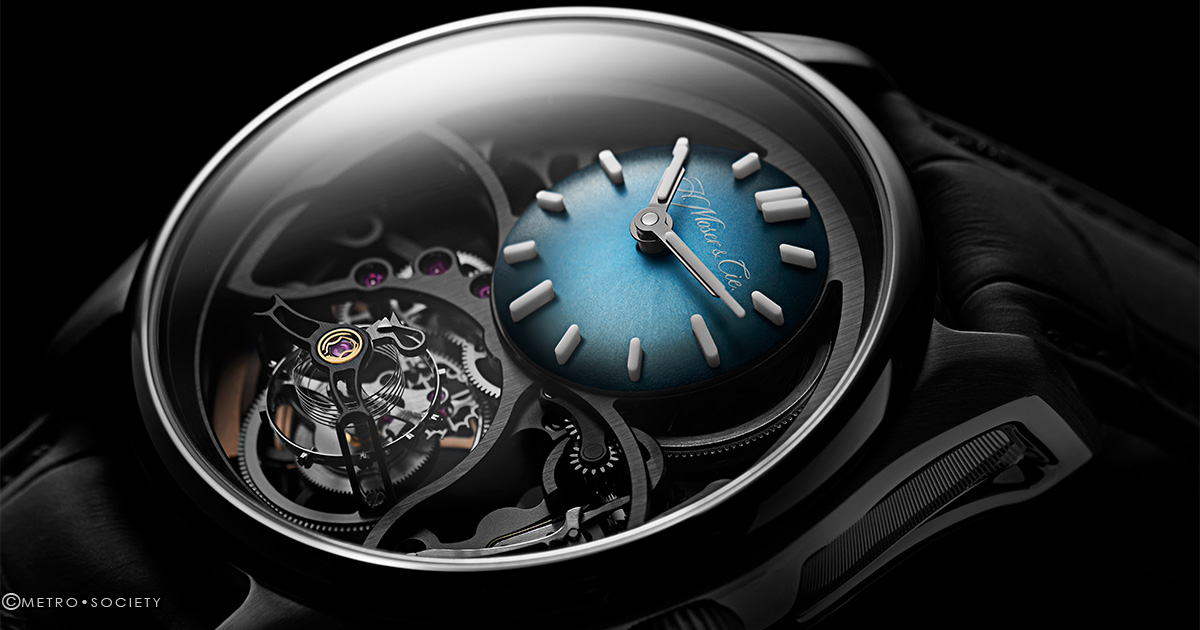 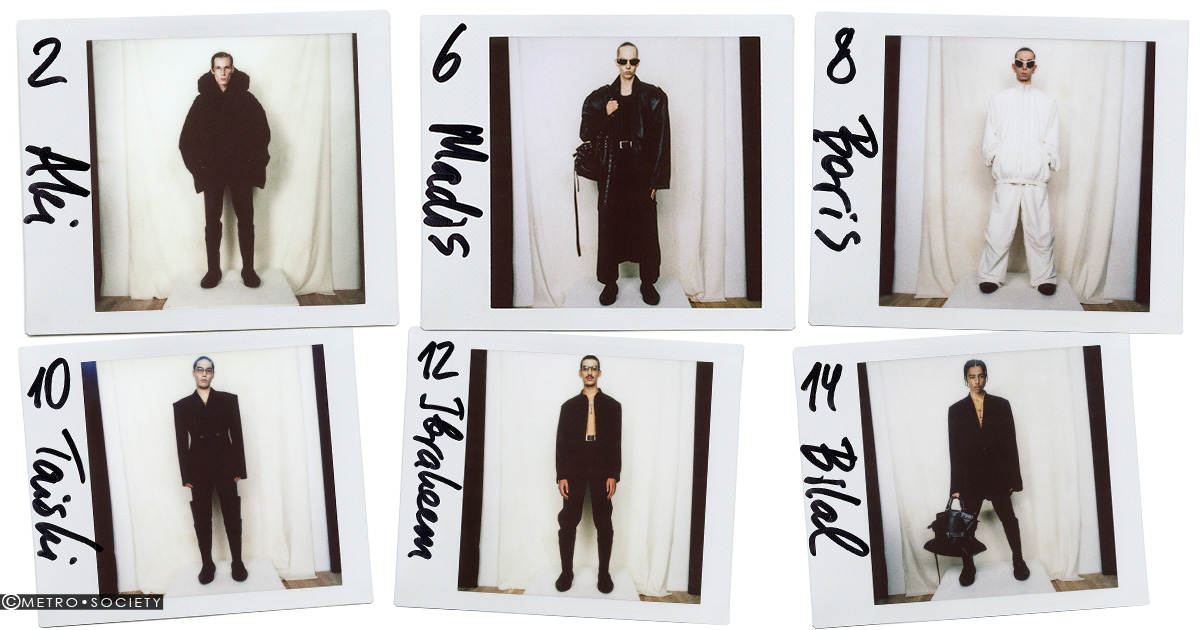 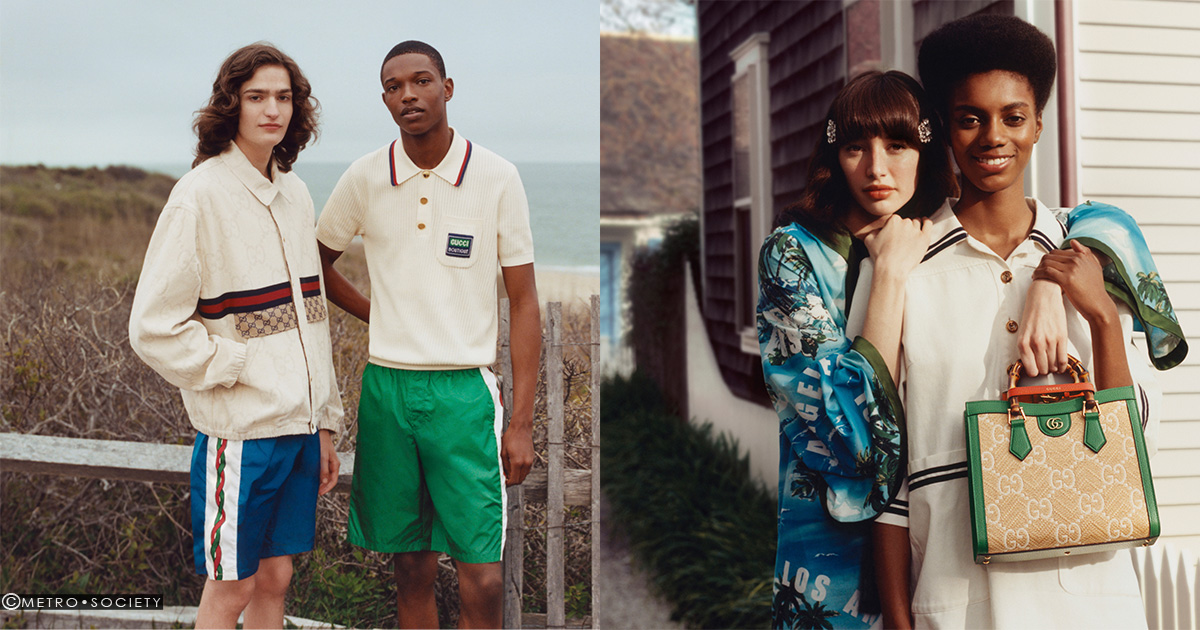